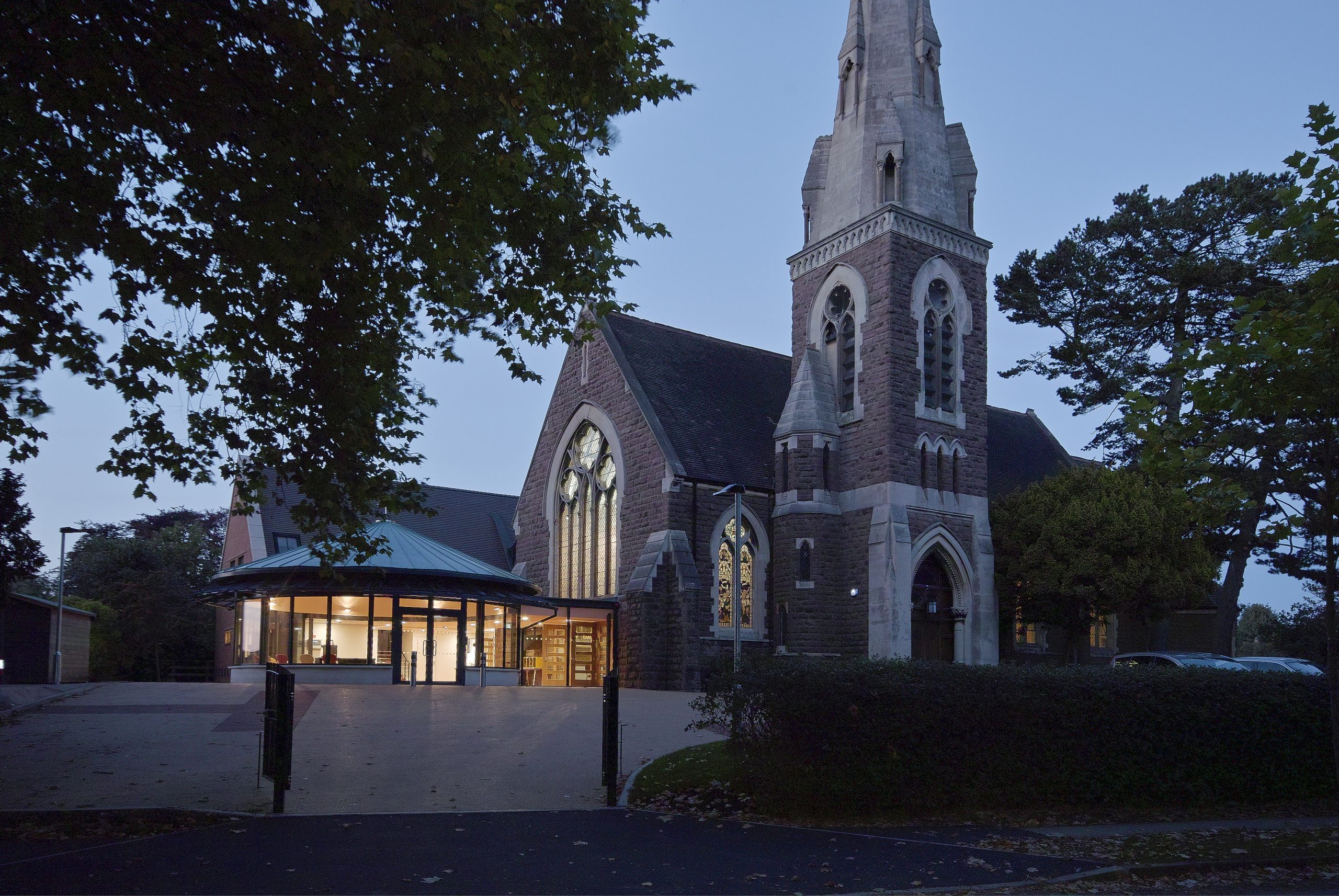 This Victorian building in Birmingham was built as a fine stone building with a red brick interior in the mid-19th century. It is in the monumental style of church architecture, built in the suburb of Selly Park.

In the 1970x a low flat roofed hall called th dDain Room was added to provide Sunday School facilities, toilets and a kitchen. By 2006 it was tired, old, leaky, smelly and well past its use-by date. The church had no money, but by faith, prayer and God’s remarkable provision the new building was completed in 2015. It consists of a new two-storey structure replacing the hall and a beautiful glass-walled circular flyer linking the church and hall together.

The church, now cleared of pews is beautifully lit, is so much warmer, more inviting and welcoming.

It was completed on budget for the sum of £1.3 million in August 2015. The church is delighted with the result.