The Reordering of Abingdon Baptist Church 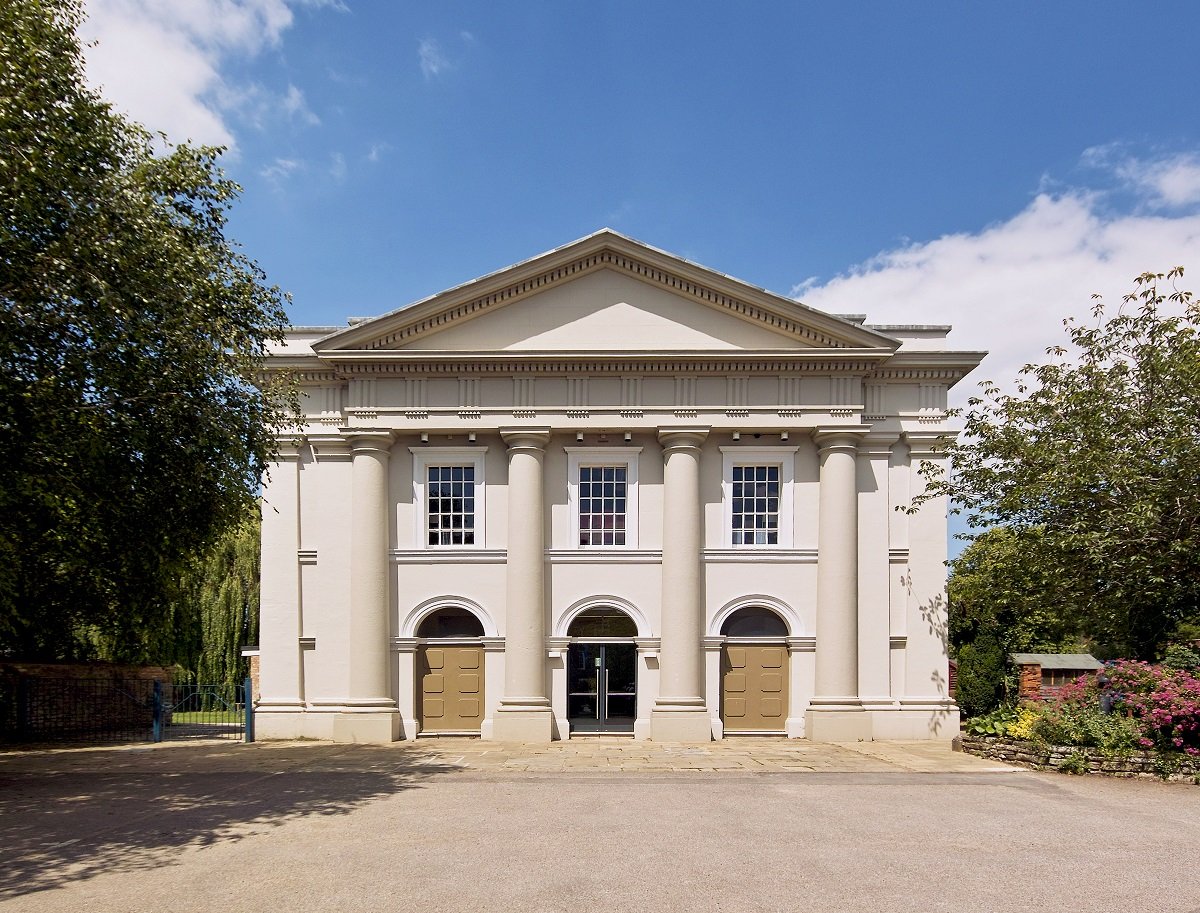 The lovely pedimented façade of Abingdon Baptist Church in Oxfordshire dates from 1841. It lies back from Ock Street, in the charming Thames-side town. This is the third church on the site since it was acquired in 1652 as the burial ground for the church’s first minister. The original church was built there in 1700.

The thriving present-day church reaches out to the community which is impressive: a contemporary building near the road serves as a coffee shop, with meeting rooms and offices above. On the other hand the church itself was tired and dated, also inflexible because of the sloping floor and fixed pews. It was the sort of place where hanging bulbs, old olive green carpets and threadbare curtains tell of better bygone days – and where you would rather not touch anything.

Church buildings do acquire a clutter of fixtures and furniture, which eventually cease to be of good use. Changing the past is to some a frightening loss of the familiar, but when it’s done it is seen as breath of fresh air.

Beginning in 2009, the reordering was carried out by specialist contractors Edgar Taylor, to a design by JBKS Architects. Ridge and Partners provided QS and M&E services, with structural engineers RWA. Others in the team included AV- DM for music, seating by Alpha Furniture and NHBC for building control.

In this case the whole interior was gutted – although the gallery remained in place, as did the roof structure and ceiling. The floor was dug up, and levelled. Importantly, the wall at the back of the church was removed. It had created a pokey lobby and an obstruction to being able to see in from outside.

Old buried human remains, presumably from the 1600’s, as well as cattle bones and some artifacts were unearthed. There was also a covered-over well, and a very badly built, leaky baptistery.

An economical and effective underfloor heating system was installed and once the floor and screed were in, the interior could be re-constructed. A new white wainscoting of beaded boarding was fitted around the walls. In front went a new three-step dais, of semi-circular form, from which concentric seating radiates. All the internal doors were replaced and all the sash windows were either replaced or restored.

In place of the solid wall at the back, a clear glass screen was installed with wide fold-back doors. The effect is lovely. It really says, “Come on in.”

One of the main features, unusual perhaps, is the asymmetric cross on the arch behind the dais. (There would once have been a large pulpit there.) Lit by coloured LED lighting, the asymmetry has a purpose- the wall below the long arm of the cross is the AV screen. Another lovely feature is that the existing pews, now restored and refinished, remain in the gallery. A modern stainless steel safety rail on the white painted balcony adds a sparkle.

The façade used to be picked out in grey-white and blue, all in bits, and the grand structure was not clearly visible. Now the columns and the pediment are in a single stone colour, with the background a paler tint. It is really handsome. The interior is fresh, soft white and seems so much bigger than before. The red carpet is rich and zingy. Everyone was pleased.

A project like this requires a team effort. It takes years. The client team was amazing – sharp and professional, and full of optimism. At the end they said to JBKS Architects, “The church looks really good.”